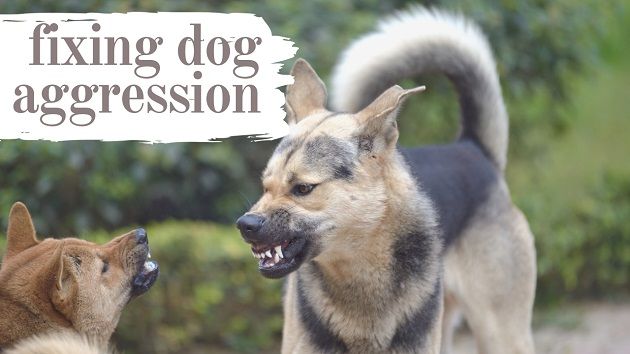 We offer the most comprehensive and effective “dog aggression training in Phoenix” than any other training company that offers training for aggressive dogs.

Understanding your dogs reasons for its aggressive behavior, along with what behavior modification protocols to utilize to bring about a change not only in behavior but a change in the dog’s emotion state is a must if there is to be any real change.

Using corrections or punishment, showing dominance, or showing “who is alpha,” will only make the dog aggression problem worse.  You may be able to “push-down” the aggressive behavior of the dog temporarily by using dog training methods that employ the use of fear, pain, or intimidation, but the dog’s emotional state has not changed, in fact the “pressure” builds over time and eventually the dog snaps and becomes even more aggressive.

It is very important that you seek out a Dog Behaviorist and not just a dog trainer when looking for professional help for your aggressive dog. Very few web intentioned dog trainers can help with real dog aggression.  Dog aggression is a very difficult behavior that can have many and multiple causations or contributing factors to include medical contributing factors. Dog trainers do not have the formal and in-depth education, training, knowledge and experience to work with most aggressive dogs. This is exactly what a dog behaviorist is trained to work with and they are your best bet for truly making a change and helping a dog with aggression. dDog trainers deal with typical incense behaviors such as a dog that jumps, barks, digs, chews, or pulls on the leash.

The number one most mis-diagnosed behavior problem in dogs is dominance aggression.  Many dogs are labeled with “dominance aggression” when in fact they have fear at the root of the behavior.  True dominance aggression is rare. Most dominance aggression is over selecting or competing more a mate. The dominant male dog will have his pick of female dogs to choose as a mate.  Other dogs in the pack may compete for the “prize.” One of the biggest mistakes that dog owners and many dog trainers make is to immediately label dogs dominant when they don’t listen to the owners, or when the dog bolts out a door in front of an owner.  Dogs are social opportunists, they will take advantage of any situation where they can get what they want and desire.  If a dog wants to get out the front door because it enjoys going for a walk or meeting people on walks, it is just that.  Consequently, this behavior is just a dog being a dog.  There is no conspiracy of the canine species to dominate humans.

The fact that your dog has to get its shelter, food, water, and all other resources from the owner, like toys, love, praise, and attention, immediately would make the dog’s owner Alpha.  The other mistake is to mis-identify a beta dog as an alpha dog. A true alpha dog is a benevolent leader.  An alpha dog rarely has to exhibit dominance.  There presence demands respect, and the alpha dog will only intervene as a last resort.

A beta dog is basically an “alpha-wanna-be.”  Beta dogs are basically bullies.  Now you might think to yourself, a dog that is a bully is being dominant, but this is not true.  The fact of the mater is, most bullies lack confidence, they have some fear and anxiety. One of the things I tell dog owners is that the dog aggression training we provide here in Phoenix Arizona and all of the surrounding cities, is really teaching the dog that there is no real threat.  Our job is the help the dog relax, to change the emotional state. To desensitize the anxiety and fear that accompany the specific triggers that precede the dog’s aggressive behavior.

It is important to remember that almost all aggression has its roots in fear.  If the dog fears that food or toys, or other resources are scarce, the response is to exhibit the aggressive behavior.  This behavior can sometimes develop very early in puppies. We have seen this with large litters of puppies.  Image there are 14 puppies in a large litter and only 10 nipples on the pups mother for the pups to nurse on.  Four of the pups can be pushed away from a nipple and that can create frustration, and that can create fear.  We have to eat to survive.  In this case the pups will potentially view other pups or dogs around food as a potentially life and death situation.  That fear is the root of this type of aggression.

Intra-dog-aggression is when two or more dogs in the same home are being aggressive.  Intra-dog-aggression is one of the most difficult types of dog aggression to work with and have success.  Our dog aggression training in Phoenix and surrounding cities is one of the most successful rehabilitation programs for dogs with aggressive behavior in the United States. When dealing with this type of aggression, they dogs can have food and toy, or resource guarding, territorial aggression, dominance aggression, yet it is still based in fear and anxiety. When the aggression become severe and the dogs are hurting each other, one of the biggest challenges is just managing the dogs to try to avoid the triggers to avoid a dog fight.  In many cases this may involve temporarily having to separate the dogs and rotate dogs in about out of a crate, a room, or other confinement.  Mistakes can happen and all of a sudden two or more dogs get loose and now the fight is on. Managing a household with intra-dog-aggression can be done and eventually with the right type of dog aggression training, the dogs can learn to tolerate each other, and in some cases they can even learn to like each other.

Nothing is more stressful for a dog owner than a dog that is aggressive towards humans, adults or children, strangers, or a dog that is aggressive towards people it knows.  They most heartbreaking dog aggression problems that an owner could face is when their own dog is going after the owner itself. Here again we are dealing with fear as the root problem.  The dog is afraid and then acts out aggressively.  The dog’s aggressive behavior is really the dog’s solution to the fear.  The dog aggression is problematic for us.  Owner directed aggression by dog’s is very challenging because the dog’s owner has to be the one primarily doing the training with the dog.  There has to be exposure to the triggers to help desensitize and do the counterconditioning work that needs to be done that is part of the whole behavior modification process.

With territorial aggression we are dealing with a type of resource.  For example, a dog that gets aggressive when the owner steps over the dog, or when the owner try’s to remove the dog from the couch, and the dog growls, the dog is fearful of loosing its space where it feels comfortable or safe.  As with all aggression, this too is based in fear.

other types of dog aggression training in phoenix

Hormones have a big influence over behavior, and many dogs with fear, anxiety, and aggression have hypothyroidism or are on their way to getting hypothyroidism.

Nuerochemical imbalances of neurotransmitters can be a contributing factor in aggressive beaver in dogs. Neurological problems can also contribute to aggression.  In some cases dog’s that have a very sudden dramatic change almost overnight with their behavior can be a potential sign or a brain tumor.

Other medical condition that have their bases in a neurological problem are also medical contributing factor to look at.  Many dogs with seizure disorders can become aggressive or more aggressive.

There are medical conditions that can affect the metabolic health of a dog and this needs to be ruled out with all other potential medical contributing factor to dog aggression.

Idiopathic means of unknown origin.  In some cases there is a medical contributing factor that is missed or never diagnosed, or we can not find a house for a medical problem.

CONTACT US TODAY TO FIND OUT HOW OUR DOG AGGRESSION TRAINING SERVICES CAN HELP YOU AND YOUR DOG.